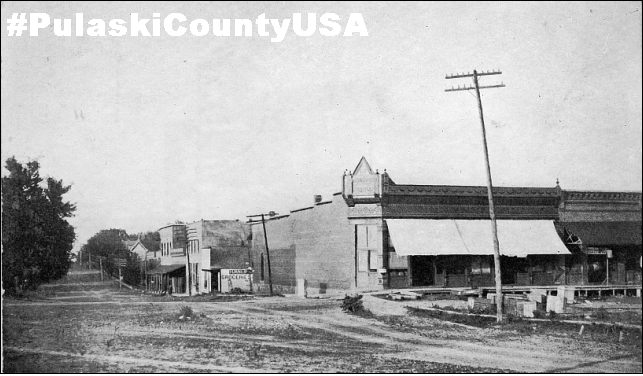 A Surveyor, M. Santee, saw the need for towns along the railroad. In the fall of 1869, he surveyed and laid out, on both sides of the railroad track, the site that was to become the town of Richland. One of the first buildings was a store erected by Captain H.E. Warren and Sam Gibson. This became the H.E. Warren Store which is still prominent today.

In the late 1870s, Dr James Titterington erected the Richland Steam and Flouring and Saw Mills. In 1877, the St Louis and San Francisco Railroad gained control of the Southwest Railroad Company and assured the towns being a shipping point between Springfield and St. Louis. 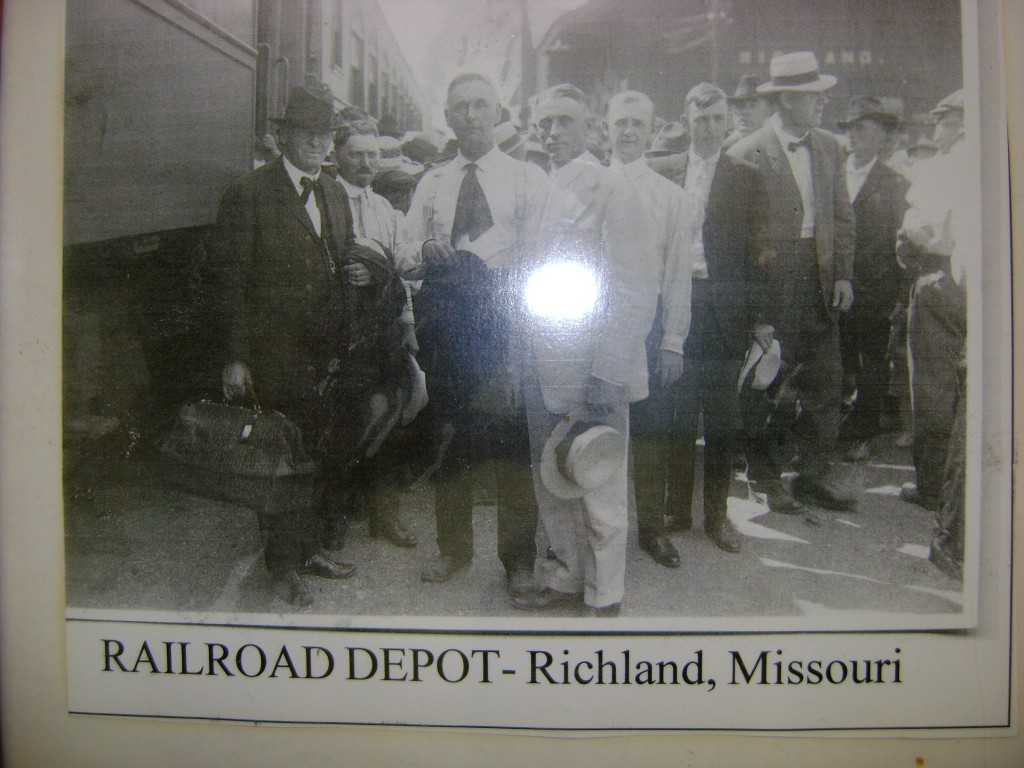 Livestock production and general farming became the chief occupations in the area. A stockyard was build and cattle, hogs, and sheep were shipped daily. Richland became a tie-buying center for the railroads with many farmers and loggers supplementing their income by cutting white oak, post oak, and walnut timber into ties. These  were floated down the Gasconade River to the tie ford south of Richland, where they were stored in a large eddy of the river. They were then loaded into wagons and hauled to Richland for storage and shipping. Other produce shipped from the area included lumber, wheat, corn, dried fruit, hides and furs, poultry,eggs and wild game.

Richland had been incorporated as a village at the beginning of its existence and in 1884 was incorporated as a fourth class city with its first Mayor being M.W. Rice. By 1890, Richland was a thriving business center with active stores, a band, newspaper, public school, a private academy, churches, lodges, two flouring mills, a sawmill, broom factory, marble works, lumberyard, two hotels and many professional men.

In the early 1930s, two men from Tulsa bought several creek farms west of Richland and began to raise goldfish. In this manner, Ozarks Fisheries, Inc. was established and it is still a flourishing business today.

Throughout Richland’s history, churches of many denominations have played an important role in the development of the City. Many social and civic groups have also contributed to the improvement of the community as well as providing recreation and social activities.